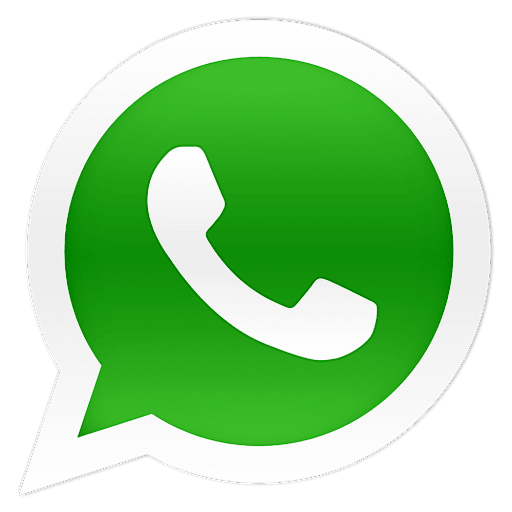 It’s disgraceful! How can you be suspicious about trigger points when the whole world is trying to prove it.

The self-claimed God of manual medicine in the therapy world loves to define the musculoskeletal problem in the easiest way which are muscle knots called trigger points. The above terminology is a great answer to various questions like, why am I feeling stiffness?, why do my muscles pain?,  why do I feel pain again after few days at the same place? The most tempting diagnosis that I used to feel before 10 years (of course now it is quite different) for this muscle pain would be believing the presence of tiny chunk patches distributed in muscles which would result in Myofascial pain syndrome. However, in today’s time, I feel that trigger point theory & associated myofascial pain is a melted science and still needs validation to prove it, which has already been disapproved by prominent experts like Quinter in ‘A critical evaluation of the trigger point phenomena’.

My journey of trigger point phenomena started in 2007- 2008  in my school of physical therapy where I learned every aspect of trigger point from its types to pathophysiology and started to believe it like a religion, same as other therapists. I was proud to call my self a trigger point therapist as the results were instant and that gave me an upper hand in my practice being a clinician. These patches would suggest an easy cure by the application of dry needles (which I studied after my physical therapy school) or significant pressure elicited by thumb or finger. However, my belief was baffled with the appearance of patches in the form of nodules again at the same site after a few days of treatment which I provided. These created a dilemma and inquisitiveness in me being a proud trigger point therapist or trigger point dry needling expert.

Belief is the death of intelligence.

The journey did not stop my desire to explore melted science of trigger point but accelerated the concept based on the stories and beliefs and was called “ cargo cult science” & “pseudo-evidence-based science” by Dr. Fred Wolfe, a rheumatologist. Dr. Fred Wolfe further described The book Travell & Simons as opinion & not science which was newer validated. The basic criteria to evaluate and understand myofascial pain needs to be challenged as the science behind it is very limited. Pain is a complex signal in your nervous system which is generated by the brain and can occur in coordination with an unpleasant response from the dorsal horn of the spinal cord without any relevance of trigger points.

The fashionable content which attracted discussion in all the therapy clinics from 2010 formed the key to my therapy puzzle although the primitive perception of fascia which I received in my physical therapy school was of a continuous piece of fibrous sheet that wraps the body just underlying the skin. However, the detailed analysis in the year 2011 revealed to me that it is much more than superficial fascia which fabricates its way in to deep structures and forms the architecture of body structures. Irrespective of the structures, fascia forms a continuum between muscles to bone and bones to bones by way of tendons & ligaments with forming anchors to the bones of your spine and also your viscera to support organs. The associated concept of trigger points was always accompanied with myofascia which illuminate the abstraction of fascia as a science.

The review of the available literature advances in fascia research within the field of biomechanics, gross anatomy, histology & clinical relevance. The theory features fascia as an uninterrupted viscoelastic tissue which forms a functional 3- dimensional collagen matrix. The key characteristic component which was described is the the biomechanical force transmission & influence on length of sarcomeres to improve force production. The role of myofascial pain is largely appreciated as many encapsulated nerve endings found in fascia are mechanoreceptors that respond to mechanical pressure or deformation, and include Golgi receptors, Pacinian corpuscles & Ruffinis corpuscles. The different techniques of tissue manipulation may stimulate the above receptors knowing what receptors are more significantly concentrated in a particular target tissue, which can help a manual practitioner choose the method of stimulus and technique (For e.g. deep pressure, light stroke, stretch, tension or vibration). The fascial science & the assimilation of paradigm shift from biomechanics to neurophysiology encouraged me to disdain from pseudo trigger point dry needling application to main stream fascial dry needling perspective.

“Be brave to stand for what you believe in even if you stand alone.”

Fascia is populated by sensory neural fibers which suggest the role of proprioception & nociception that can be responsive to manual pressure, temperature & vibration. The electrochemical activity in the form of mechanotransduction is implicated with significant cellular changes in response to tension and compression. The effect is noticed at the extra cellular matrix which leads to series of biochemical activities within the nucleus. The release of biochemicals like interleukins, adhesion kinases is observed. This activity is largely responsible in the formation of fibroblast with activation of cellular mechanism for embryological development through the mesoderm.

The activity of mechanotransduction and series of biochemical responses suggest strong evidence of insertion of acupuncture needles in to fascia with a strong vision to stimulate the activity of fibroblast in the extracellular matrix. This activity has been observed clinically which cause displacement of tissue and further lesion is initiated by the twisting and manipulation of needles which is measure on the ultrasonic elastomyography. The forment of mechanotransduction suggest that for healing and dysfunction it is not only gross observable reaction of tissues that is to be focussed but also the biochemical role within the extracellular matrix of fascia. Hence I would like to justify that not only it helps in the biochemical activity of pain but also helps in initiating the movement.

Belief is the wound that knowledge heals.

My idea of this article is not to create a debate between the two groups but to suggest that the mechanism of current scenario of acupuncture and dry needling is far beyond the trigger (or local tender) points. This article addresses the highlights of the current fascia research which suggest fascia as the organ of stability and innervation concept, along with the role of acupuncture needle or manual pressure which can be utilized in the successful outcomes of  musculoskeletal dysfunctions. Further I would like to add that more researches are still required to understand the role of fascia and needles.

Disclaimer : The suggestions from readers are welcome at support@fidninstitute.com and this blog is my opinion and should not necessarily be of others. Any views or opinions represented in this blog are personal and belong solely to the blog owner and do not represent those of people, institutions or organizations that the owner may or may not be associated with in professional or personal capacity unless explicitly stated.

Analysis of the influence of Visceral Manual Therapy associated with Dry Needling...

The Semblance of Dry Needling using FIDN process on Knee Retinaculum for pain...